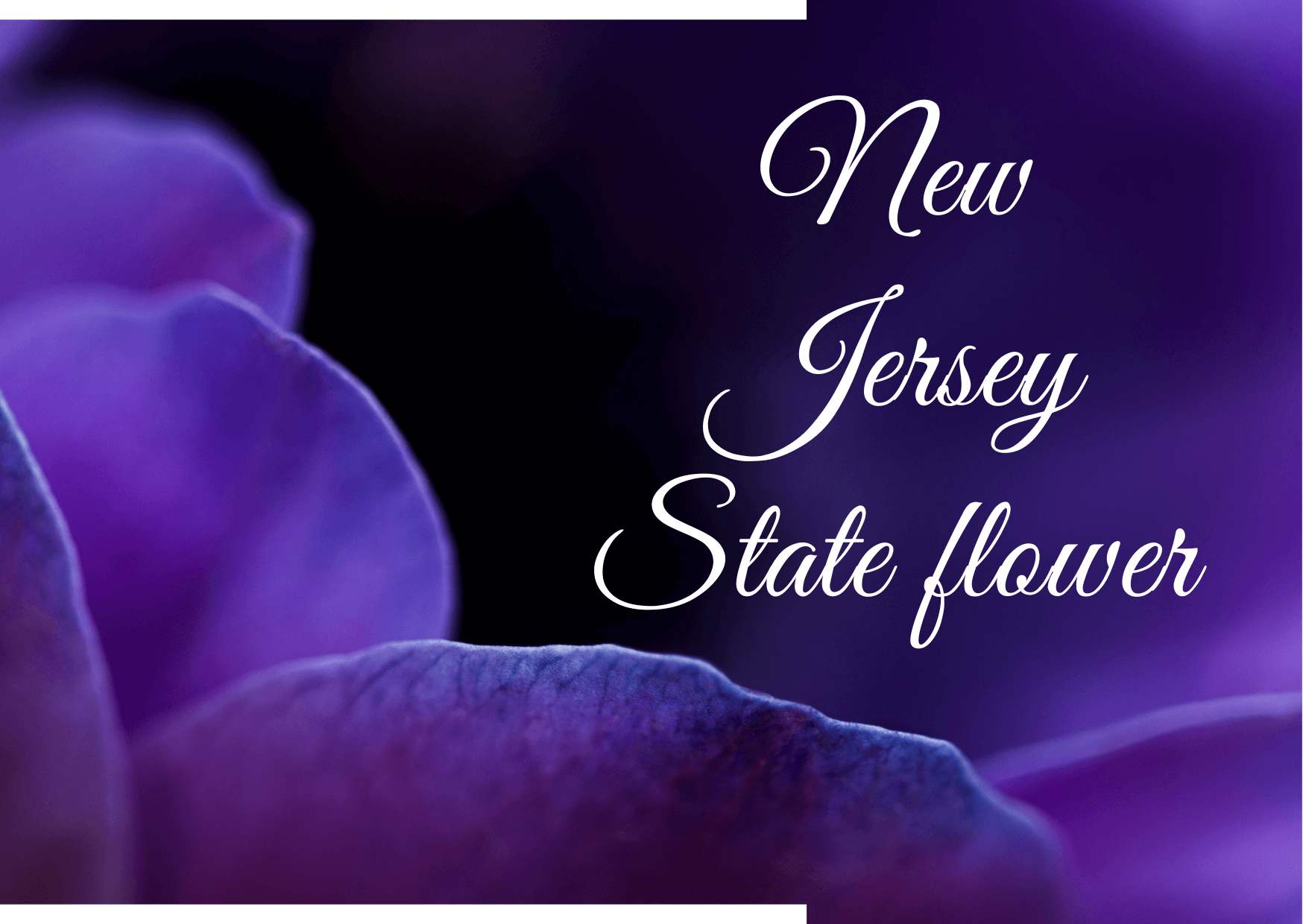 New Jersey is a state in the Northeastern United States. It is bordered by the Atlantic Ocean to the east, New York (including New York City) to the north, and Pennsylvania to the west. Its capital city is Trenton.

New Jersey's nickname is "The Garden State," and it's known for its agricultural productivity and diversity of plant life. The state also has a high density of lakes, forests, and mountains.

Common meadow violet was designated as the official state flower of New Jersey in 1971.

In an effort to make the common blue violet the state flower as early as 1913, the New Jersey State Legislature failed to do so in a way that would make the distinction permanent. This meant that the violet stayed in limbo as the state flower until 1963, when another attempt by the legislature to recognise the bloom similarly failed. Finally, a bill designating the common meadow violet as the official state flower was

The scientific name for the common blue violet, New Jersey's state flower, is Viola sororia. The flower brought about in 1971 by the garden clubs of New Jersey. Blooms over the entire month of May and emerges as early as March. Other names for the state flower of New Jersey are meadow violet and hooded blue violet. According to the Lady Bird Johnson Wildflower Center, the flower is correlated to modesty and decency as values.

The violet blossom is frequently used as a sign of humility in Christian culture. Violets were referred to as "the herbs of Trinity" or "flowers of Trinity" by medieval monks because of their three leaves. Violets are considered to represent the purity and modesty of the Virgin Mary. When the angel Gabriel informed Mary that Jesus would be her child, they grew. The violet flower meanings are frequently depicted as a sign of modesty and humility in the world of religious art. For instance, the Virgin Mary is frequently depicted holding the infant Jesus in her arms while holding purple flowers, as a symbol of her modesty, in several Renaissance paintings.

Order these unique flowers and get easy flower delivery in Bridgeton NJ.

Some Other State Symbols of New Jersey-

What flower colors are associated with Father's Day?

What Are The Five Flowers That Bloom In Spring?